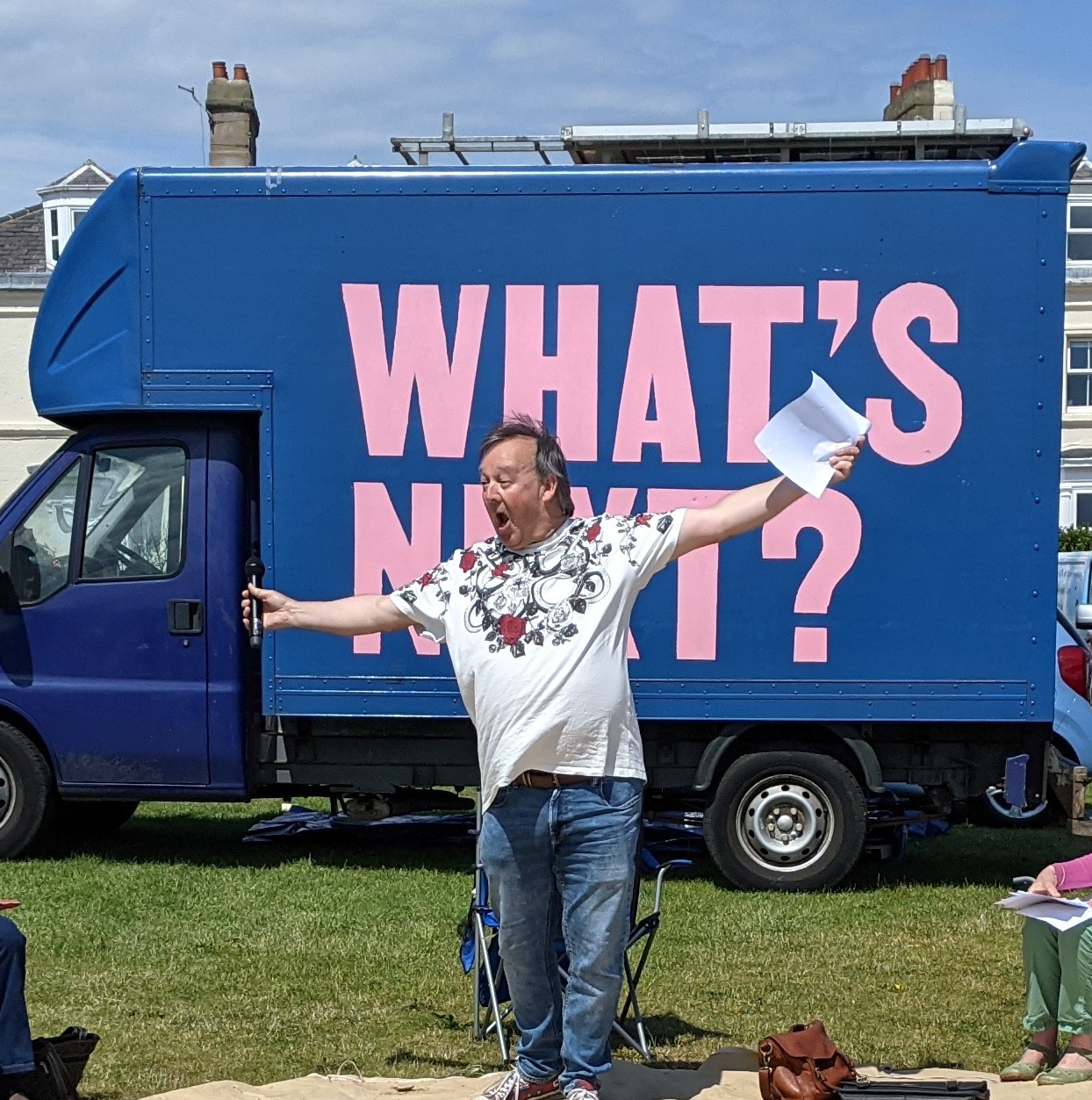 The first week of the tour!

4 days of speaking to the good people of Durham, Peterlee, Seaham, Easlington and Haswell. A jam-packed tour of the collieries with independent Durham County Councillor and Haswell Parish Councillor, Chris Hood. This week climaxed with one big-fat, community-connecting chat-in-the-park!

And what a chat-in-the-park it was! We asked the question “How might we come out of all these crises better than before?”. Particular challenges in getting the space up and running included a quiet speaker system and the allure of fish and chips over our free dhal, but we pulled it off with around 25 people in socially-distant attendance for the group dialogue. 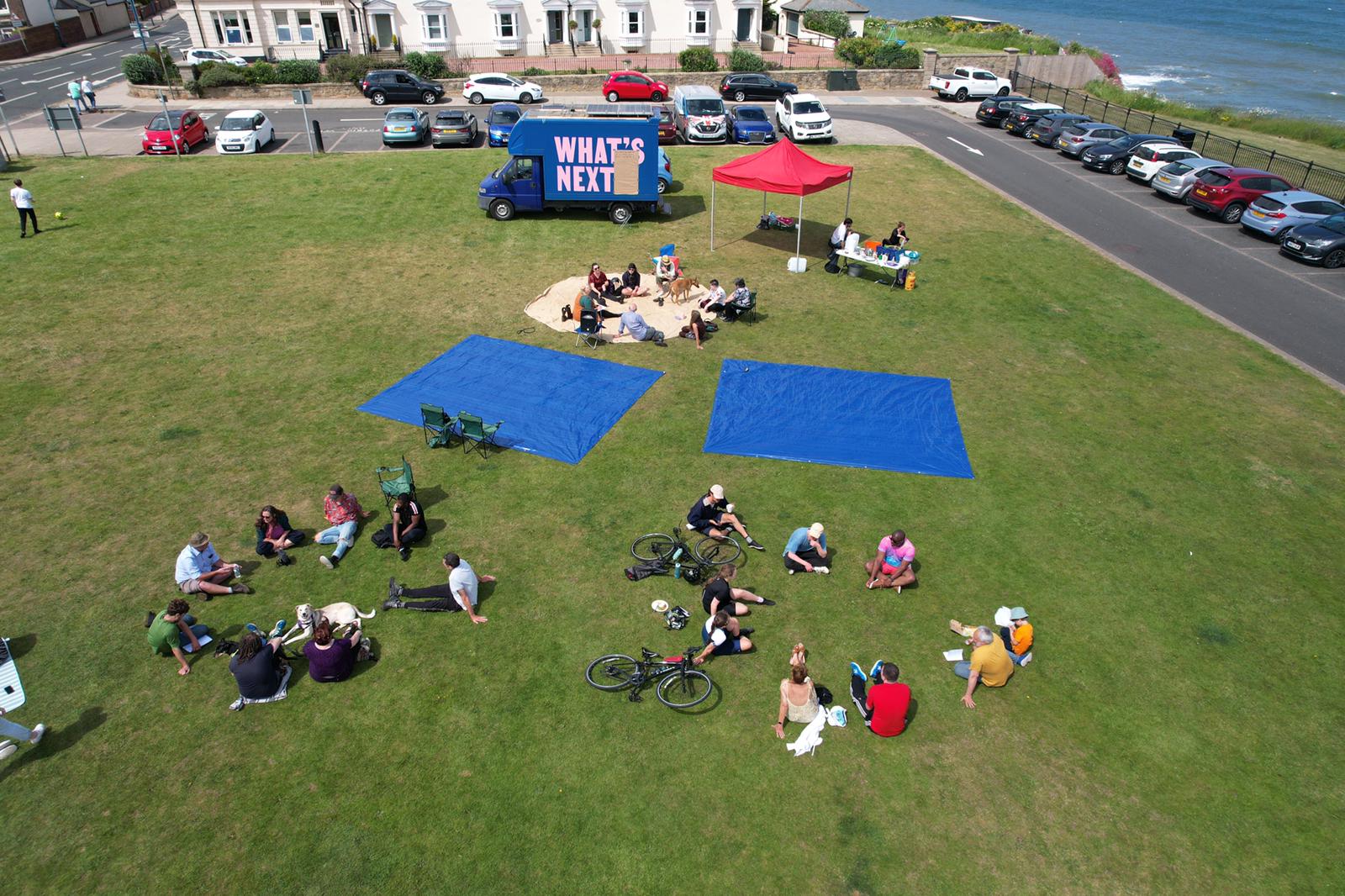 What did the groups come up with?

The question generated the following outputs from the group: 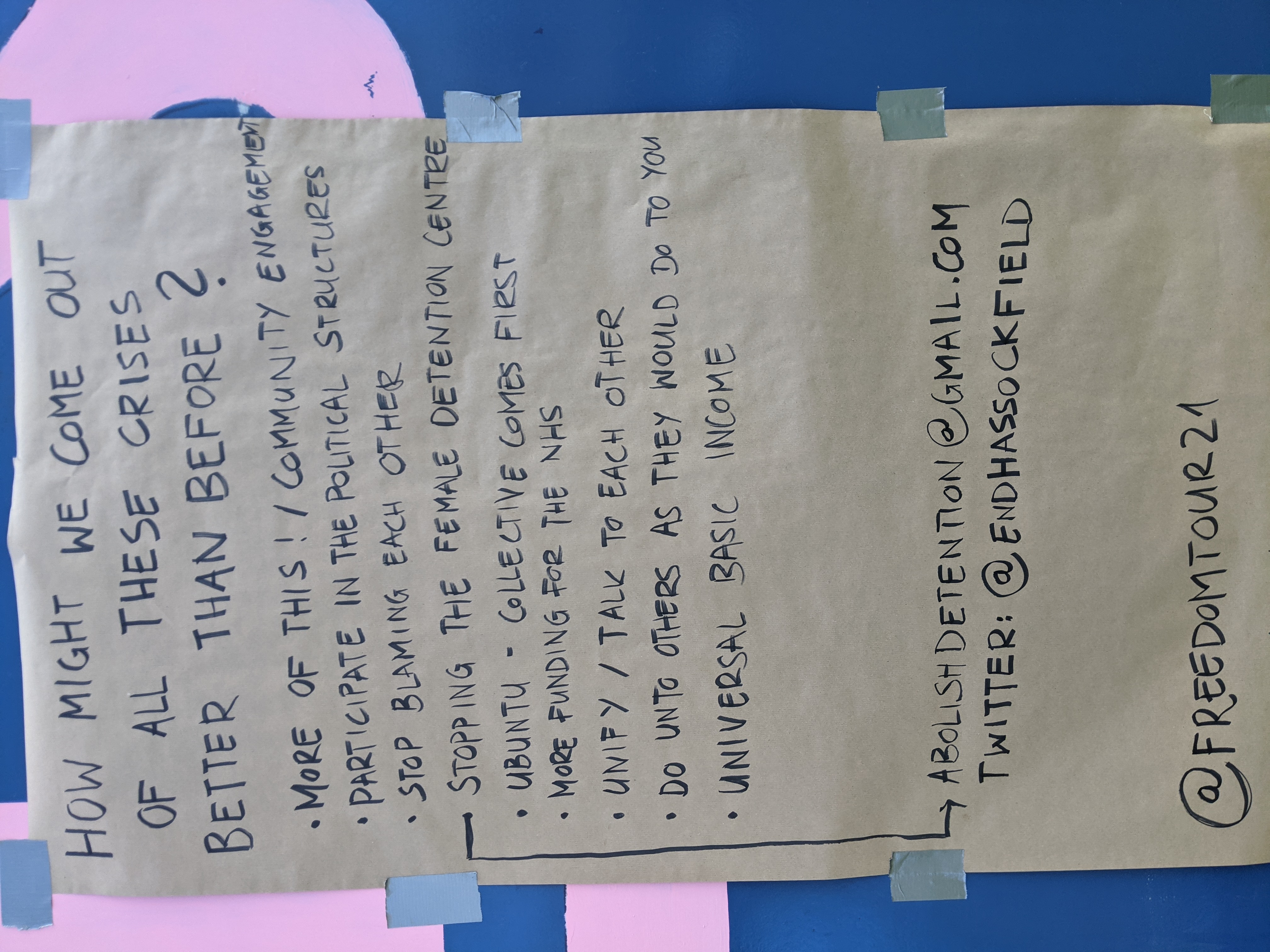 Clearly, human connection and community power were on people’s minds after being held in their groups for 30 minutes. Amazingly the suggestions will have received wide support in their groups through the power of dialogue and speaking to one another from a place of equality.

This fresh community energy is directed to campaigns.

Mamoud joined us to explain the ongoing fight against the proposed Hassockfield detention center. 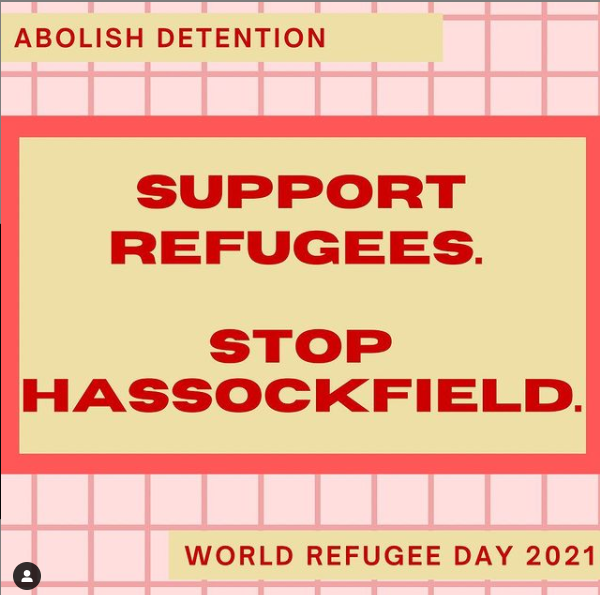 The campaign’s details are as follows:

George told us about the impacts upon our society by the immoral Police, Crime, Sentencing and Courts Bill and the Kill The Bill protests that erupted in response to protect the right to protest and the rights of the Gipsy people.

Roman told us about Irma, his bad-ass grandmother, naturally responding to the crisis of the Second World War by joining the resistance. He identified how we are all living through crisis and in these times we can do unimaginable feats of personal strength and determination.

When in a time of Climate and Ecological emergency it is also our moment to find our power and protect life.

He relates to his grandmother by how he has been fulfilling his potential with Extinction Rebellio, which has a mass civil disobedience date in late August.

Going into week 2 we have some new faces. Liv, a second-year Durham student saw the beauty of our ways and has joined the gang. Plus seasoned campaigner Linda is now with us to have some world-changing conversations in Hull and Grimsby.

Onwards to Hull and Grimsby!

Week 2 will be moving on to Hull and Grimsby, where we will draw on the learnings of week 1 and repeat this process. Who knows what is in store for the tour…

As social-media amateurs, we dipped our collective toe in Tiktok and tried to maximise our content on Instagram. Here are some of my favourite posts: [1] [2] [3]

Thanks, we couldn’t have done it without you

Infinite thanks and praise on everyone who made this tour possible so far: