Our time in Taunton 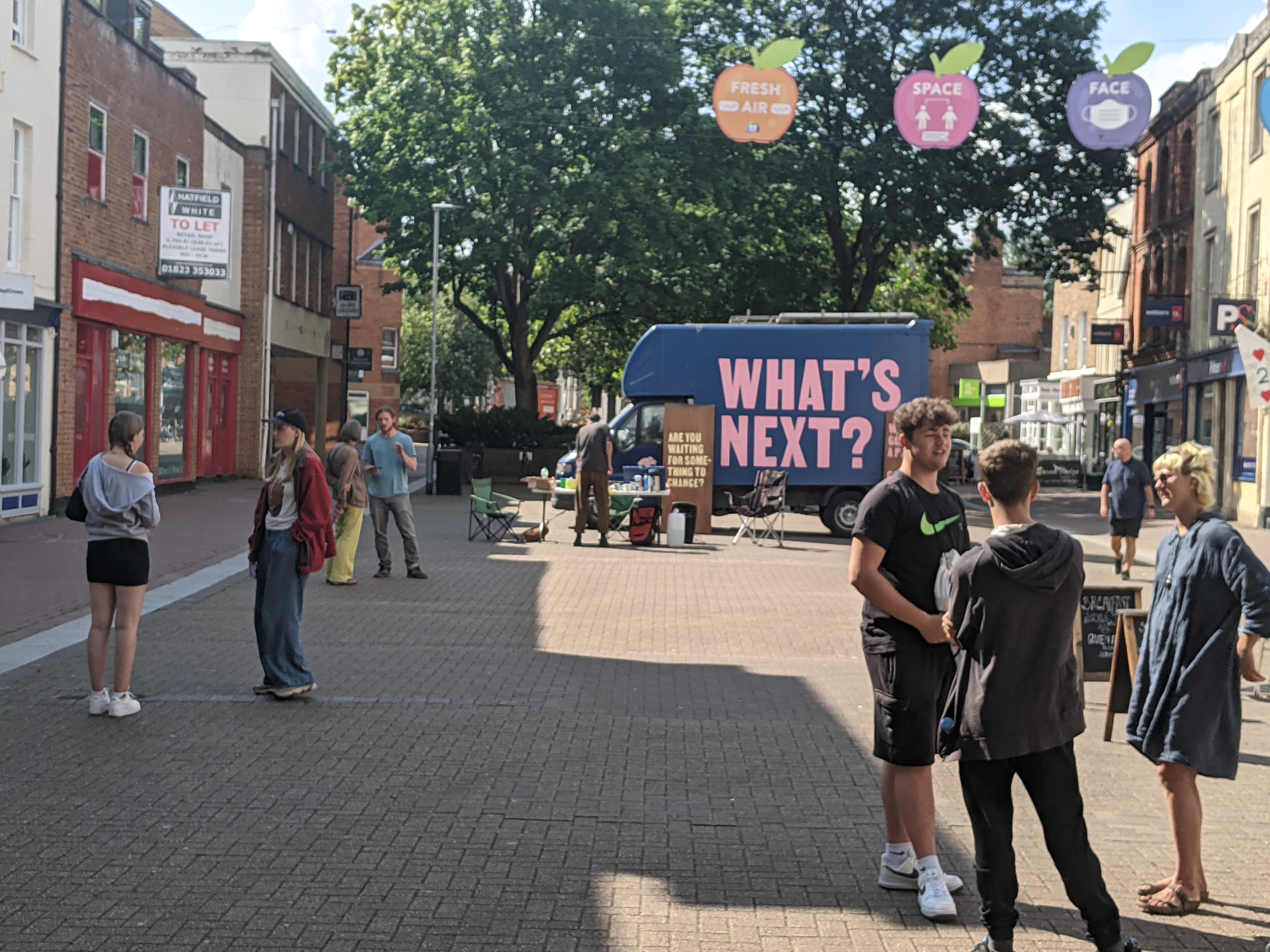 How much can any group of people get done in a day?

That’s the question we sought to investigate with a day in Taunton starting our street approaches at 10 am and directing people to a talk only 5 and a half hours later.

Our experience early on was a big knockback. The proverbial doors felt slapped in our faces, where some people aggressively wanted to avoid us. I don’t know if they mistakenly believe we are associated with other groups with names that include the word “Freedom”, or if there is an endemic air of mistrust of any stranger who might want to offer a different hope.

Fortunately, after warming up we managed some powerful conversations and blew out the cobwebs that had gathered during our few days off.

Frankie gave herself a new spin on the day. She specifically spoke to people about the climate and civil disobedience.

She met an 81-year-old who was perturbed by the climate but didn’t know what to do. He was worried about the future of his granddaughters. They had a long conversation that seemed much needed for him, and maybe for all of us. Despite age often being perceived as a barrier in our society, when the conversation turned to civil disobedience, it became clear that it was a strength and allowed him to act in a place of courage.

The Pied Pipestress of Taunton

The award for most people engaged in one conversation was won by Katie. 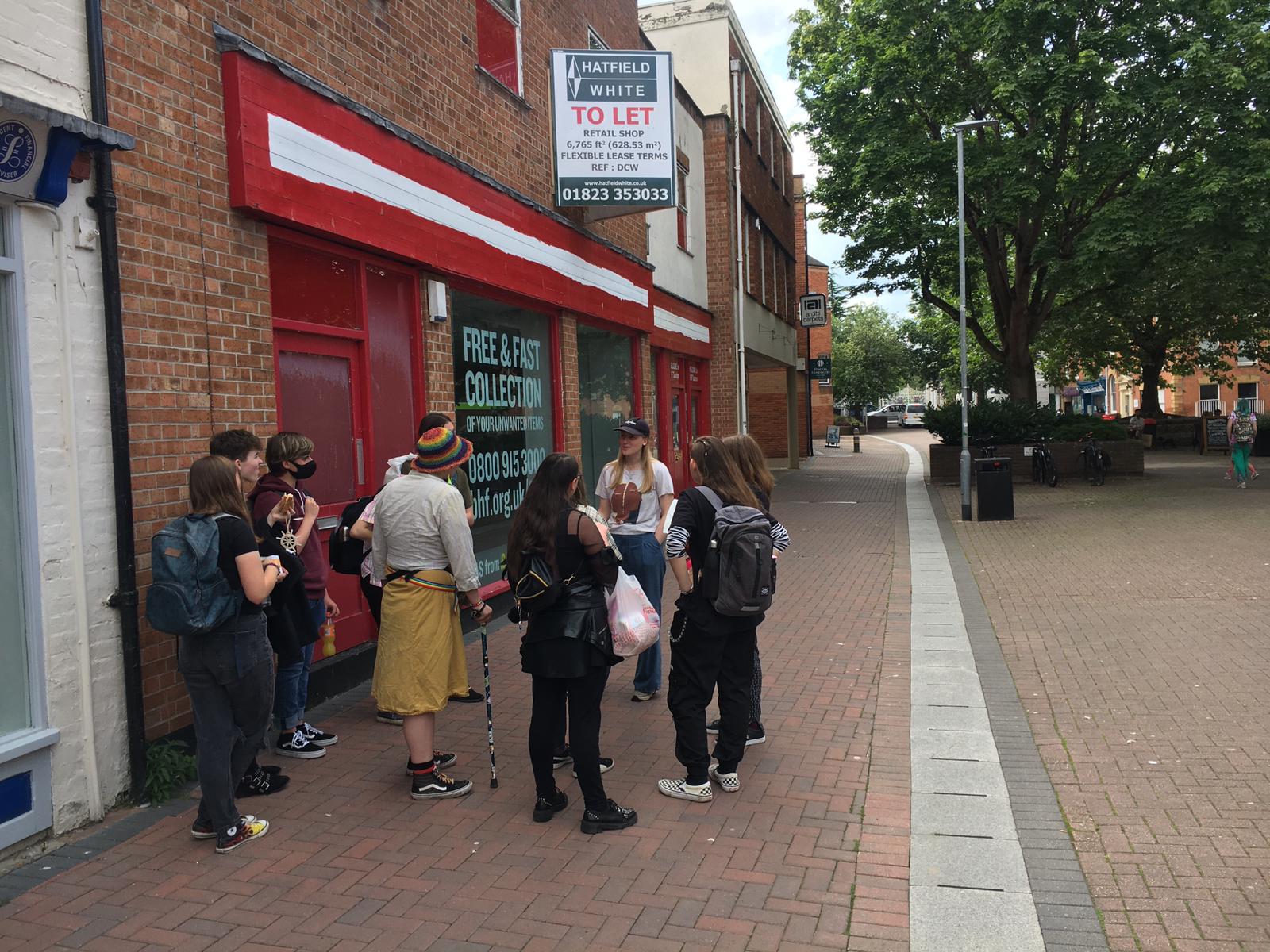 All these teenagers had met through Pride, aged 13-19. When asked what was important to them, pretty much everything came up. A future politics student explained that they had no choice except to be political when being constantly marginalised. Another told of being deliberately misgendered at school by staff, and the school structure dictating that all students could only be referred to by their registered names, rather than chosen names.

These experiences fuelled their determination to act against the discrimination pf this unwelcoming world. Their LGBT education at school was massively lacking and commonly mistake-laden.

Being in a conversation with Katie was validating for them, given they are continuously invalidated by adults around them. Currently, as legal children, they don’t have much choice over who they can spend time and associate with.

The fight for them is to be recognised as they are. Their struggle had sharpened their attention for injustice and oppression for others.

But what happened at the Crisis Talk?

We split up into 3 groups answering two main questions: “What is the issue that you care enough about to do something?! and “What is your practical next step to further this cause?”.

While we like the idea behind these questions, we won’t be asking them again as they were individualistic in nature, when we are aiming for groups to build conclusions that they can share with the assembly and a group can act on in the future.

Many thanks to Greg plus guest-facilitator Fran for getting the assembly up to speed and holding the space.

Afterwards, the assembly stayed to eat a homemade no-egg potato salad, plus a mixed-bean salad and some donated brownies.

Plus a cat tried to join the crew. 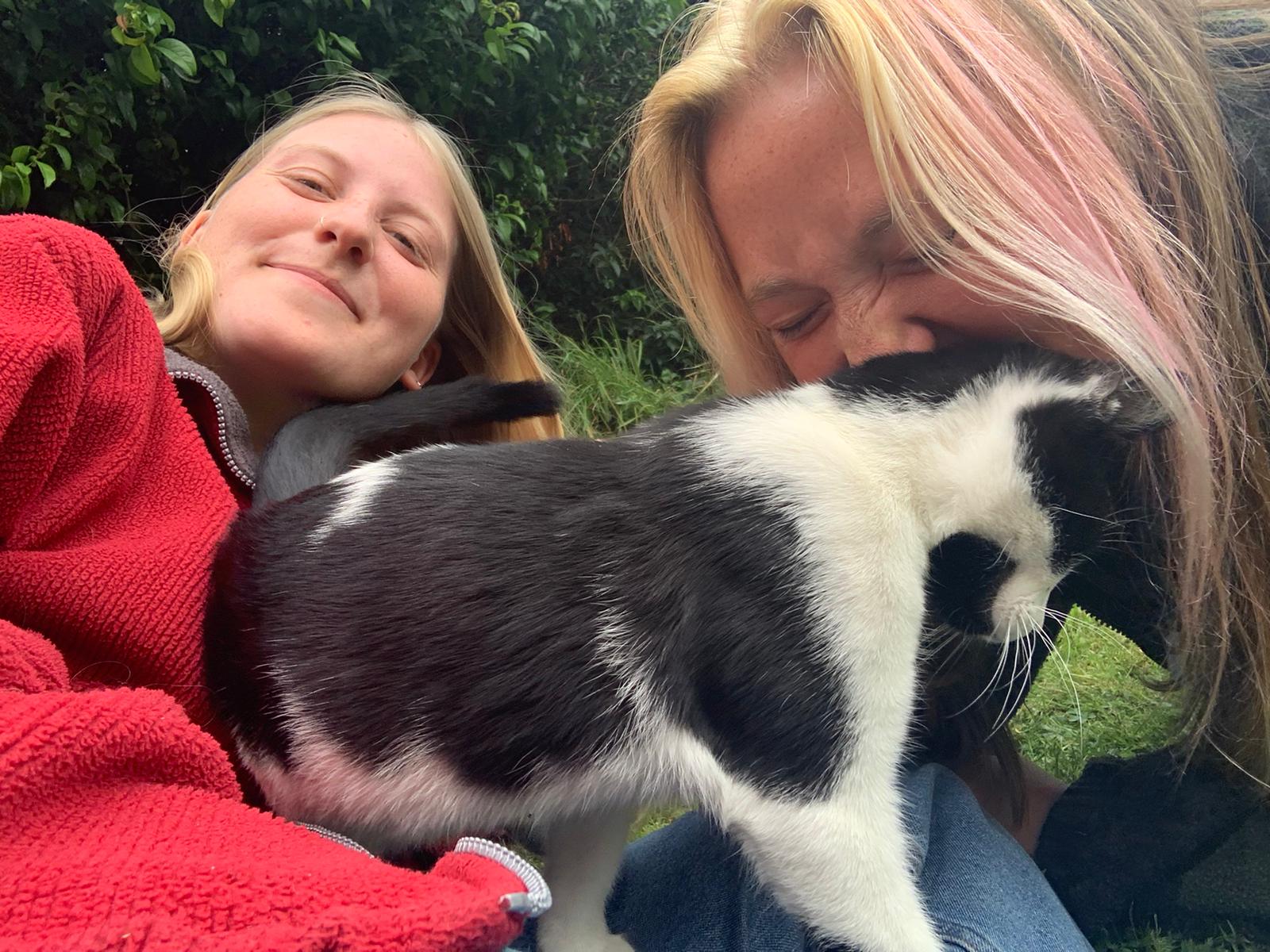